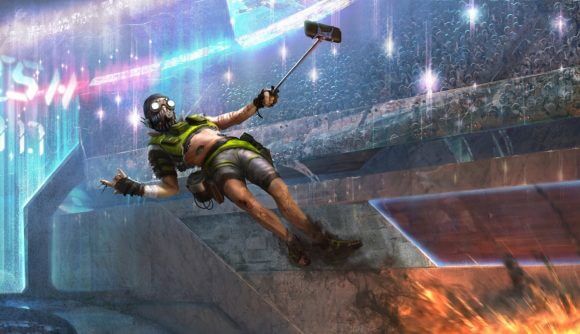 The Havoc is one of the most powerful weapons in Apex Legends when you have the Turbocharger. With the Season 2 patch, Respawn added a secret buff to the weapon that no longer requires the Hop-up.

The Havoc has always been a decent weapon in Apex Legends, but its effectiveness is situational. The gun can output some serious damage, but it's accompanied by strong recoil and has to be charged before it reaches max-speed.

This gun requires the Turbocharger Hop-up and - now - an extended energy magazine to reach its full potential.

Season 2 of Apex Legends made some sweeping balance changes to the loot pool. Guns that would formerly be left on the ground - like the Alternator - are now a staple of many top-tier loadouts.

The patch notes were extensive, but one thing that was left out was a silent buff to the gun we've been discussing: the Havoc.

The Havoc no longer needs a Turbocharger to reach maximum speed. Instead, you can now tap-fire the first few shots of the clip, which allow the rest of the magazine to fully charge.

Reddit user Spairus was one of the first people to bring this new buff to the attention of the Apex Legends community with a post on the r/ApexLegends subreddit.

Undocumented Havoc major buff: You can now tap with minimal delay! Consequently, you can now basically eliminate the need for a Turbocharger by tapping the first 6 rounds of every spray, and firing normally for the rest of the magazine. from r/apexlegends

Several players tested this strategy in videos and in Apex Legends matches. It checks out, meaning Respawn buffed the Havoc without including it in the patch notes.

The fact that this buff wasn't included in the patch notes likely means it was unintentional. We'll probably see a fix for this strategy coming soon.

Until then, Havocs are going to be a lot more popular in Apex Legends.